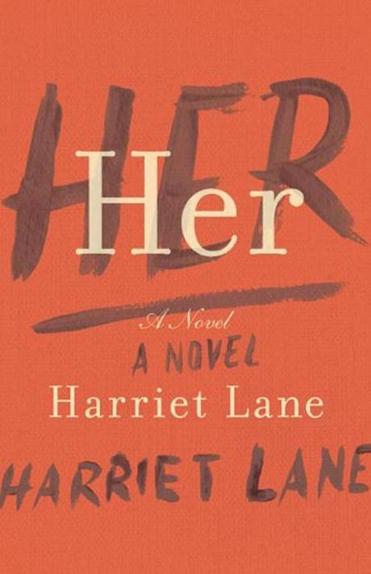 ‘[An] icicle-sharp British chiller… This is psychological bait-and-switchery to put on the shelf alongside Patricia Highsmith and Georges Simenon.’ Jan Stuart, New York Times Book Review

‘Chilling, suspenseful and shrewd about friendship’s mix of love and envy, Her captivates right up to its shocking denouement.’ People magazine, Book of the Week

‘Lane has struck another rich seam of psychological-thriller gold. Her is a lean, mean, exacting machine, a champion-racing car with a perpetually thrumming engine — 261 pages never spun so fast, so far.’ Daneet Steffens, Boston Globe

‘The end is perfectly executed, leaving you at the most excruciating moment possible—when a horrible thing is about to happen and there is nothing you, or any of characters, can do to stop it, save read as fast as you can until the words run out at that last, crucial moment.’ Leigh Newman, Oprah.com

‘Her is a small jewel of a suspense novel, one that elevates a domestic drama into the realm of the chillingly sinister… The cumulative sense of dread is superbly heightened by Lane’s way with words. She’s a literary writer saying a lot with a well-chosen phrase, one after another, each signaling a noose lowering around Emma’s neck. Shudder.’ Sherryl Connelly, New York Daily News

‘Harriet Lane’s mesmerizing, ultimately wrenching new thriller… What binds Nina and Emma in the end is desperation, a quality that pulses just beneath Lane’s measured, nuanced writing until it slaps us – as it does Emma – in the face, leaving us breathless.’ Elysa Gardner, USA Today

‘Lane’s well-received 2012 debut novel, Alys, Always, hit that sweet spot between genre thriller and literary fiction, drawing parallels to both Patricia Highsmith and Anita Brookner. Her also combines elegant writing, sharp sociological and psychological insights, and the pleasure of a page-turning storyline. The novel unwinds in exquisitely precise prose…. Her does contain one final shock, which will stay with you long after you’ve closed the book. But even more effective is Lane’s disquieting sense of the way everyday life can come undone in the briefest moment, by the smallest action.’ Alison Gimor, Winnipeg Free Press

‘Harriet Lane [has] cornered the market when it comes to unassuming but distinctly dangerous, creepy female protagonists… a brilliant observer of the intricacies of the everyday… As seductive as it is chilling, Her is quality literary fiction meets psychological thriller, the devil of which is in the detail.’ Lucy Scholes, Observer

‘This is a particular type of thriller, done beautifully. It’s quiet and sinister and has the feel of Patricia Highsmith and Barbara Vine. Very clever, very gripping.’ William Leith, Evening Standard

‘Harriet Lane is a deft conjurer of menacing middle-class scenarios. Her 2012 debut earned comparisons with Patricia Highsmith and Anita Brookner… In Her, a taut revenge drama, the same events are recounted in alternate chapters from the separate perspectives of two women in their late 30s who have met by apparent accident… There is forensic social observation here. Her London is recognisably real. Both Emma and Nina feel like women you might pass on a leafy Islington street. She has a sharp eye for telling detail… Unnervingly tense [and] tightly written… The endgame, when it comes, is shattering.’ Patricia Nicol, Independent

‘Harriet Lane’s accomplished follow-up to Alys, Always… Deliciously nasty, Her belongs to an emerging ‘women beware women’ sub-genre indebted to Zoe Heller’s Notes on a Scandal. Yet it is distinctive in its domesticity and its missing formulaic elements: a violence-free psychological thriller in which the victim doesn’t even know there is a threat.’ John Dugdale, Sunday Times

‘Lane is brilliant at creating a sense of foreboding, of things going seriously awry… Unlike conventional thrillers, the perverse pleasure of this compelling novel is not a big reveal but the pin-sharp unpicking of personality.’ Eithne Farry, Sunday Express

‘The trappings of everyday drudgery can be extraordinarily sinister. Lane’s writing shines a spotlight on life’s domestic flotsam. Lego under the fridge, damp laundry, crumbs in the toy box: these details of middle-class parenthood are picked out in Hitchcockian detail, gathering weight, promising imminent horror. Lane’s first book, Alys, Always, was one of the most talked-about thrillers of 2012, a psychological drama exploring deceit and manipulation. Her is another study of spiteful female friendship, unwinding slowly and subtly over a year… Lane’s writing is always careful and elegant, loaded with significance and often beautiful.’ Charlotte Runcie, Telegraph

‘The author is so skilled at edge-of-the-seat suspense that even repeated accounts of mundane chores acquire tension… A vivid portrait of modern middle-class motherhood… a pleasing eye for social satire… marvellously funny setpieces… One unanswered question keeps the reader gripping that seat-edge: what on earth did Emma do to upset Nina all those years ago? The answer and the novel’s outcome do not disappoint.’ Rachel Hore, Independent on Sunday

‘Lane’s much-garlanded debut novel established her as an astute chronicler of middle-class life and what can go wrong when the demon envy rubs shoulders with careless privilege. Her is in similar vein – crackling with vitriol, menace and penetrating social observation.’ Carla McKay, Daily Mail

‘Driving the plot are the reciprocal forces of revenge and provocation. Lane inspires a terrible dread as Nina’s threat looms larger… A fine mistress of suspense.’ Emily Rhodes, TLS

‘This unfolding story of a toxic friendship will have you racing through the chapters. Gripping and thought-provoking.’ Nimmi Maghera-Rakhra, Sun

‘Another taut, tense psychological thriller from the author of the acclaimed Alys, Always… A compelling revenge drama that will make you think twice about getting too chummy with the neighbours.’ Sebastian Shakespeare, Tatler

‘A fabulously creepy thriller from the author of Alys, Always.’ Viv Groskop, Red

‘Her is a superbly taut, intensely gripping domestic drama… The tension is held beautifully throughout in this excellent second novel from a writer clearly at the top of her game.’  Diva

”Harriet Lane keeps the reader on the edge until the last page.’ Good Housekeeping

‘The story is told by both women, with an underlying tension that builds and builds until the last horrifying scene. I loved this slow-burning tale of revenge.’ Fanny Blake, Woman & Home

‘Nina’s a control freak, Emma’s a mess. What happens when their paths cross – and is it really the first time? Psychological page-turning follow-up to Alys, Always, Ms Lane’s best-selling debut.’ Grazia

‘When frazzled mum Emma encounters sophisticated Nina, she thinks their meeting is down to chance. But, as this cool, controlled thriller reveals, the truth is far more sinister. With wonderfully fleshed out characters, this is a chilling study in revenge.’ Sunday Mirror

‘The fact that Her has already been compared to Zoe Heller’s Notes on a Scandal should provide enough of a clue to its malicious content. It’s an apt comparison, but Lane’s novel stands apart on its own merits too. She has a gimlet eye for domestic minutiae and how they betray us. Emma’s To Do list in the little orange jotter by her bed (‘Cecily’s jabs/Cancel veg box/Smear test’) lies next to the novel she’s reading (‘the one everyone was reading last summer’). Bras hang drying like ‘pale bats’. And rarely has any writer so well nailed the ambivalent feelings and frustrations that attend motherhood, nor laid bare the fervent but futile steps we all take to safeguard the future of our offspring, in the face of ‘our approaching powerlessness’- and in this case, approaching malice. Her is an immensely classy thriller which will have you in its grip to the very final pages as you try to fathom who is capable of what, and indeed who is guilty of what crime.  Along the way, our growing sense of foreboding is stoked with inspired malevolent touches. Who could forget this nasty subversion of a pure and good Sylvia Plath quote on motherhood: “Love set you going like a fat gold watch. Hate can do that too.”  So beware the hand that rocks the cradle.’  Caroline Sanderson, Bookoxygen.com

‘Harriet Lane has created a taut, unnerving thriller that will keep you in its hold until the devastating conclusion… Her is a beautifully put together novel which fans of Deborah Levy’s Swimming Home or Helen Walsh’s The Lemon Grove will enjoy.’ We Love This Book

‘Harriet Lane’s first novel Alys, Always was widely praised for combining sharply observed everyday life with something a lot more sinister. Her second now pulls off the same trick with equal aplomb… The result is a novel that becomes increasingly – and at times excruciatingly – tense as it approaches its devastating final chapter.’ Readers’ Digest

‘A deep vein of nasty runs through this tight urban novel from the author of Alys, Always… With a forensic eye for domestic detail, Lane sets up a riveting series of vicious snares.’ Kerry Fowler, Sainsbury’s Magazine

‘Her is another psychological thriller, every bit as compulsive as the first one… The menace here is the sort that lurks right at the edge of consciousness – something unsettling that you can’t quie put your finger on, that builds and builds until the last chapter by which time I was holding my breath. Don’t miss.’ Alice O’Keeffe, The Bookseller (‘Book of the Month’)